The motor can controll RPM by controller, also by variable field magnet.In case RPM is controlled by the controller it self, under the 100% which will have switching loss. 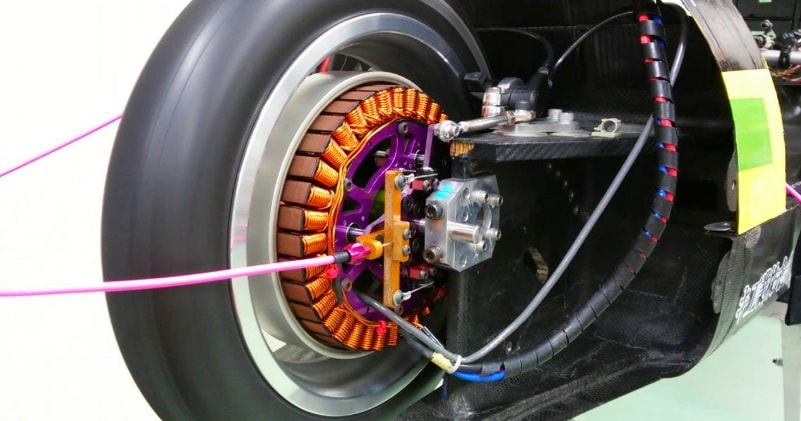 The wheel experiences a certain amount of rolling resistance, which the motor fights against as torque. So when you want high torque, you get the coils really close together to get a lot of oomph, but the motor can’t spin very fast because of the torque it’s reacting against.

Small resistive forces become huge torques with big gearing on a bike or car – this is the same thing.You reduce the torque output by moving the coils away, reducing the coupling. This allows the motor to spin up higher when given the same amount of power. Power is just torque times rpm(fix units first), so one goes up the other goes down./reddit: Zorbick

When cruising at a constant speed, teams open the gap as much as possible to minimize loss. They can then close the gap just like you would shift down in a car to help accelerate. I believe we had 15 settings to choose, and it was made by a servo running a geared cog./reddit: Zorbick