In 1955, Disney aired a special called Man In Space – In it Von Braun showed off what was to be, the then, future of space travel, with the ferry rocket being front and center. 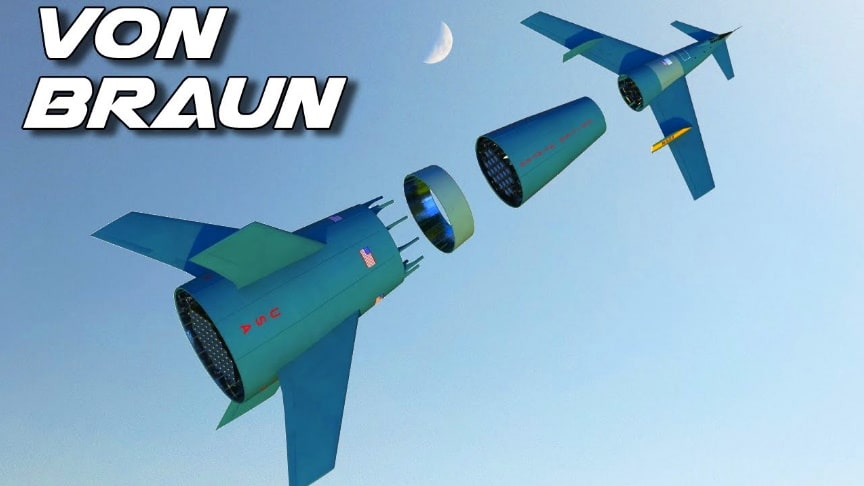 A rocket of insane propotions, that was so tall and collosal that it looks like its right out of the war of the worlds – from the martian side .

It was called simply – the rocket ship. It did have some simulartiy to previouis designs by Von Braun, such as the A-11 and A-12, and had appeared in some publications before hand, but this version was the pinnicle of his design career./Escape Velocity