The Bell 47 is a single rotor single engine light helicopter manufactured by Bell Helicopter. It was based on the third Bell 30 prototype, which was the company’s first helicopter designed by Arthur M. Young. The 47 became the first helicopter certified for civilian use on 8 March 1946. 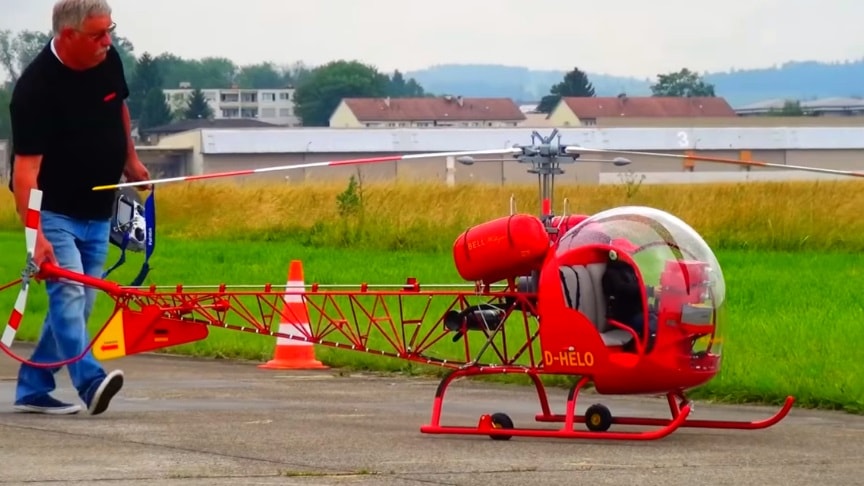 Bernd Fischer flies his Bell 47 G3 RC electric Helicopter the biggest in the World. The Electric motors are quiet, low in vibration, without exhaust gases and residual thrust.

The Bell 47 G3 is a classic helicopter which was built in a very large number of versions, some of which are still in airworthy condition today.

The model has turned out to be relatively compact, and can even be transported in a small car thanks to the removable tail – only three screws have to be undone.