This video was shot in the Arctic Ocean in March 2018. For 7 days our crew passed through the Barents Sea to Karsky around the Novaya Zemlya archipelago on the nuclear icebreaker Yamal – we saw the northern lights and polar bears, watched the ships stuck in the ice being towed, and were very cold. 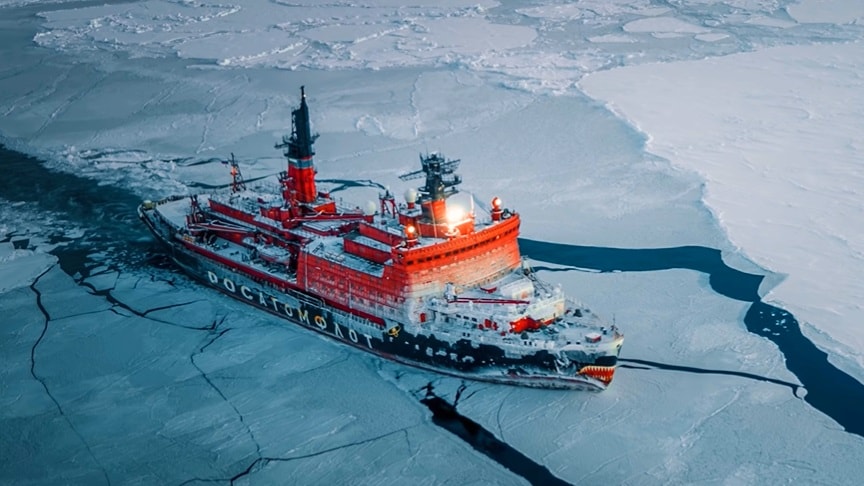 In the video you can see two Russian icebreakers – “50 Years of Victory” and “Yamal” with a capacity of 75,000 horsepower and a distinctive shark mouth, which appeared on it in 1994 during one of the children’s humanitarian programs. According to legend, someone suggested drawing a smiling shark mouth on the nose to make it more fun for children./Timelab Pro

At present, Russia has the only nuclear-powered icebreaker fleet in the world. They are used to provide wiring ships in the ices of the Northern Sea Route in the freezing ports of the Russian Federation, research expeditions, rescue operations and tourist cruises.

In addition to the extreme weather conditions, the shooting was complicated by the fact that the icebreaker was always in motion. And if the drone was flying over the radar tower, the recording file was damaged./Timelab Pro