Whats inside a thermal expansion valve and how the thermostatic expansion valve or TXV works in a HVAC refrigeration system and the basic working principles that allow it to meter the flow of refrigerant into the evaporator of chillers and ac units. 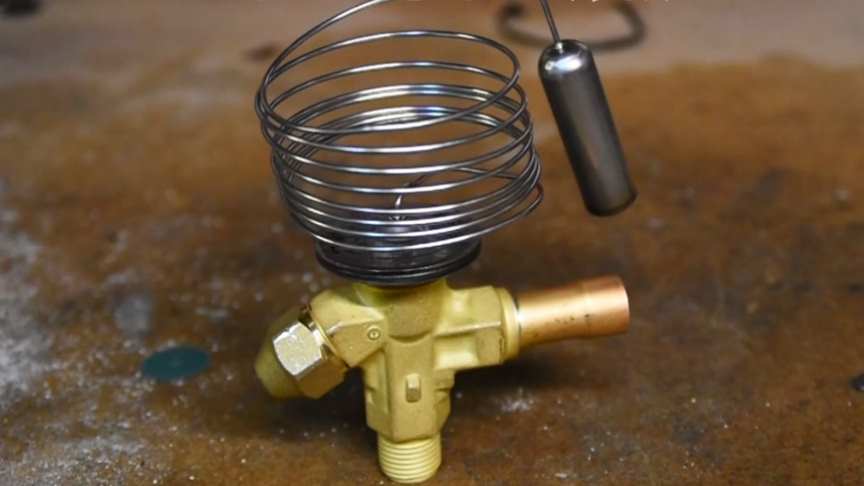 A thermal expansion valve or thermostatic expansion valve is a component in refrigeration and air conditioning systems that controls the amount of refrigerant released into the evaporator and is intended to regulate the superheat of the vapor leaving the evaporator.Watch the video from The Engineering Mindset for more info:

Therefore by regulating the superheat to a small value, typically only a few °C, the heat transfer of the evaporator will be near maximal, without excess un-evaporated refrigerant being returned to the compressor.//wikipedia