Constant-velocity joints (also known as homokinetic or CV joints) allow a drive shaft to transmit power through a variable angle, at constant rotational speed, without an appreciable increase in friction or play.The Thompson constant velocity joint(TCVJ), also known as a Thompson coupling, assembles two cardan joints within each other to eliminate the intermediate shaft. 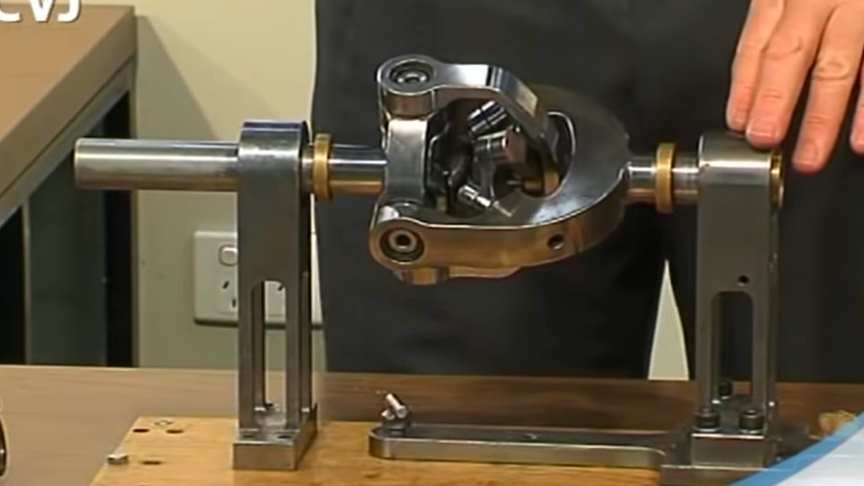 While the geometric configuration does not maintain constant velocity for the control yoke that aligns the cardan joints, the control yoke has minimal inertia and generates little vibration./wikipedia