Bruce Beach’s underground fallout shelter built out of 42 buses is under threat of closure by police because it may be a safety threat. Dufferin-area survivalist and fire officials in showdown over nuclear shelter Survival shelter takes a direct hit from fire officials in Dufferin County The Ark Two survival shelter was designed to survive a nuclear blast, but it turns out just a few firemen and a welder could shut it down.via:Toronto Star 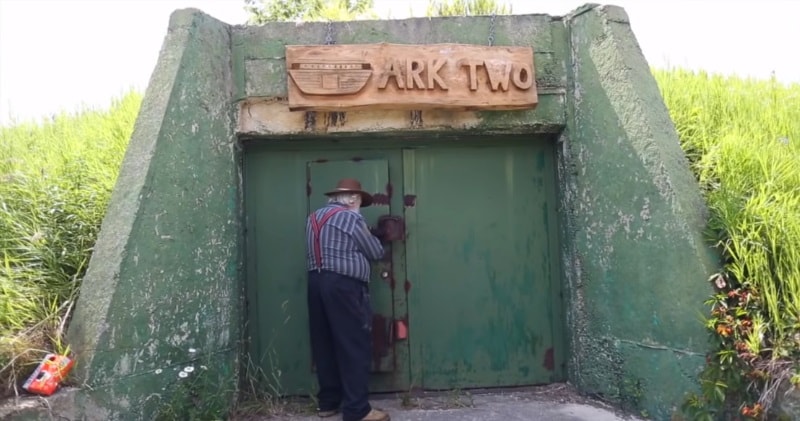 Bruce Beach had the shelter built in 1980 by burying 42 school buses underground and encasing them in tons of concrete.It’s a virtual underground village that can house hundreds of people, and includes everything from a panic room and holding cell to a nursery and kitchen.

“The purpose is for us to survive a nuclear war, the facility itself serves as a centre for reconstruction for this area,” said Beach, referring to the site in Horning’s Mills, about 100 km northeast of Toronto.

“The idea is we bring in great supplies of food to then distribute ,the phrase we use to describe it is an underground orphanage.”via:Toronto Star