A brief compilation of Beast of Turin clips. The thunderous noise echoing off the buildings doesn’t really come across but it’s a wonderful sight all the same. If you’ve seen my earlier film of it being fired up for the first time you’ll notice that thanks to a year of deep thought, head-scratching and fettling it’s now much easier to start! 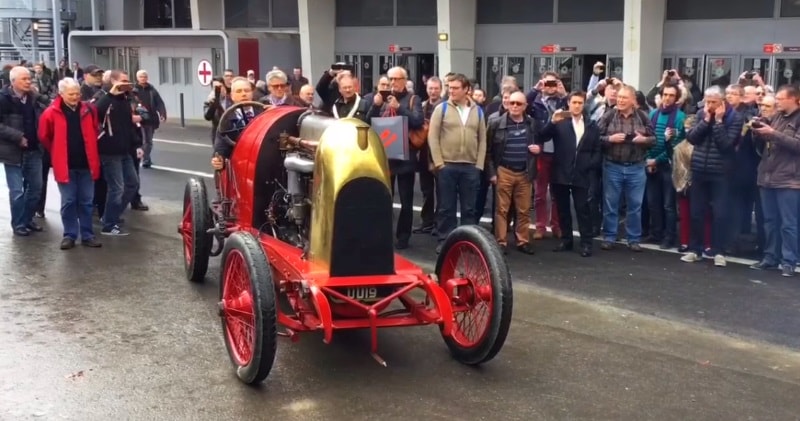 The FIAT S76, later known as the FIAT 300 HP RECORD and nicknamed “The Beast of Turin”, was a car built in 1911 by FIAT specifically to beat the land speed record held at the time by Blitzen Benz.

This fabulous machine is indicative of an era in which motor racing was in its infancy and the flat-out and fearless competitors would do battle over hundreds of miles of dusty and cobbled roads with danger never far away.Only a handful of brave pilots had the opportunity – and honor – to drive this thundering steel monster.