In the case of the TR-3B Black Manta, it means a craft that uses highly pressured mercury accelerated by nuclear energy, so that plasma is produced, which, in turn, creates a field of anti-gravity around the craft. It has an electromagnetic coil at the heart of it’s motive power system, the result of which is electromagnetic drive that interacts with the Higgs-Boson field at the quantum level. Heady stuff indeed! 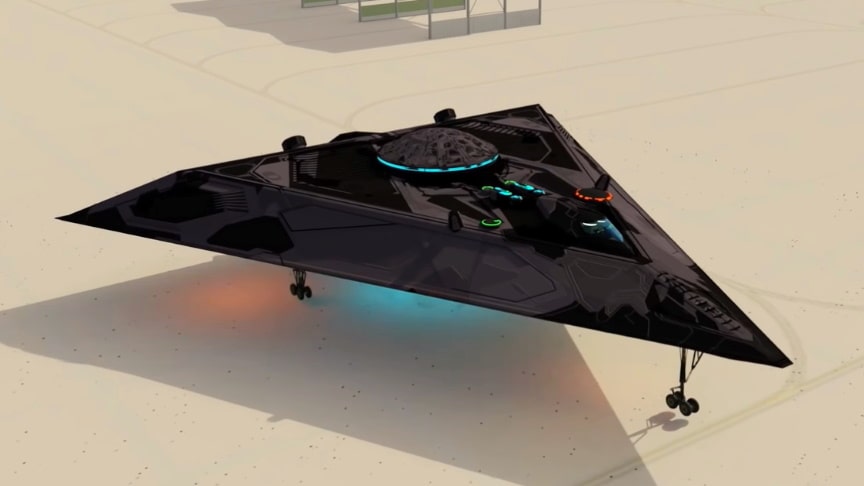 So, an anti-gravity aircraft doesn’t use conventional turbine or rocket engine technology, but instead a propulsion system that creates thrust by generating high-energy plasma. These aircraft are also referred to as ‘flux liners’. Watch the video from Found And Explained for more info:

There are of course the inevitable allegations that the TR-3B was built by the military using extraterrestrial reverse-engineered technology.Even Forbes magazine mused in 2021 that maybe, just maybe the patents issued to Salvatore Cezar Pais could be a cover for alien technology captured over the years by the U.S. military.

So, what of the TR-3B Black Manta? How far back does it go, if at all? Does it have anything to do with the aforementioned 2018 patent issued to Pais and the U.S. Navy? Is it a plane, is it a bird, could it even be Superman? No, it’s just the United States Air Force messing with our heads again.//via/read more: Found And Explained