When Kate Darby and David Connor were told they had to preserve the 300-year-old cottage on their property or lose the right to build there, they chose not to repair the crumbling structure, but to encase it in a new house and live with the rotting remains. 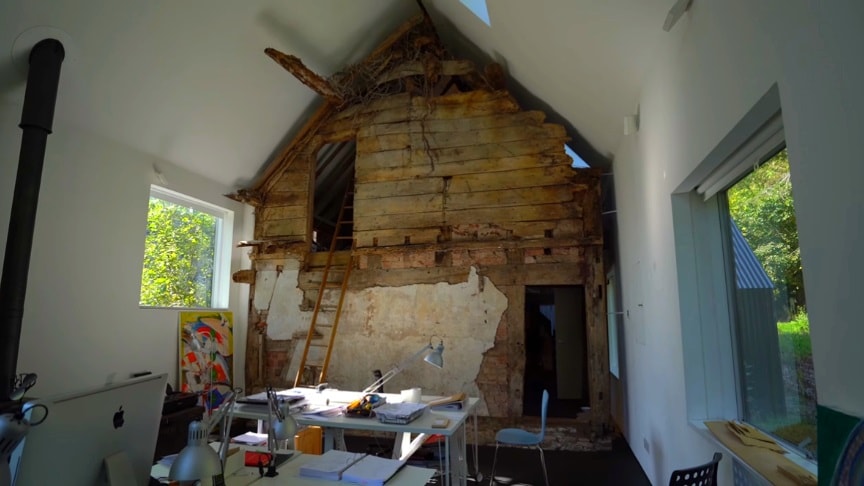 The new home mirrors the old: in places there are two walls or two roofs, while at other spots the floor or roof drops away and the white shell reflects the memory of what was.

The architect/designer couple clad the new home in black corrugated iron to resemble the farm buildings of surrounding Herefordshire. Inside, everything is preserved of the old building, even dead ivy, rotten timbers, cobwebs, dust and a bird’s nest.

The building sits at the edge of a commons which mean anyone can walk right up to the building and catch a glimpse of the coexisting layers of time. Connor says he invites people inside for a closer view. “Architecture is a public art,” he explains. “It’s something that people outside the building have a right to interface with.”/Kirsten Dirksen