The Straight Pipes high mileage Ford Raptor is used to tow the Tesla Model 3 Performance while driving around Toronto Motorsports Park.Can you recharge a Tesla Model 3 by towing it? That’s a great question, and we’re going to to use a Ford Raptor to find out./ Engineering Explained 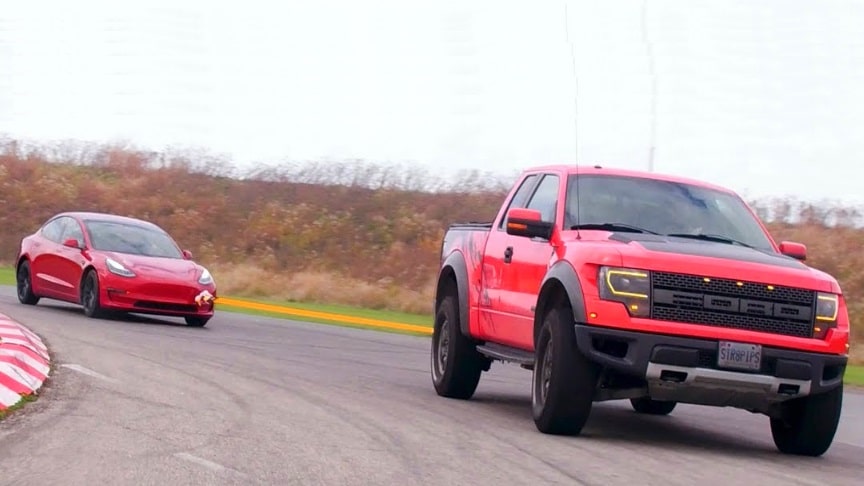 We’ll also need to determine how quickly a Tesla can be recharged by towing it, and how far you’d need to travel to fully recharge the battery. The Tesla Model 3 can charge its battery through regenerative braking, where the wheels of the car force the electric motor to spin, which forces a charge into the battery.

This is used to slow the car down, and improve its efficiency. However, if you tow the car, you might be able to use that regenerative braking to charge the battery, that is what this video seeks to find out. On top of this, we’ll determine what’s more efficient – Option 1: traveling with a Ford Raptor from A to B, or Option 2: Using a Raptor to tow a Tesla, then driving the Tesla from A to B.