The Tuck Bike is Invented by Alex Animashaun, California-based mechanical engineer originally from London, the bike can be folded or unfolded in under two minutes complete with its folding wheels made of an airless foam. 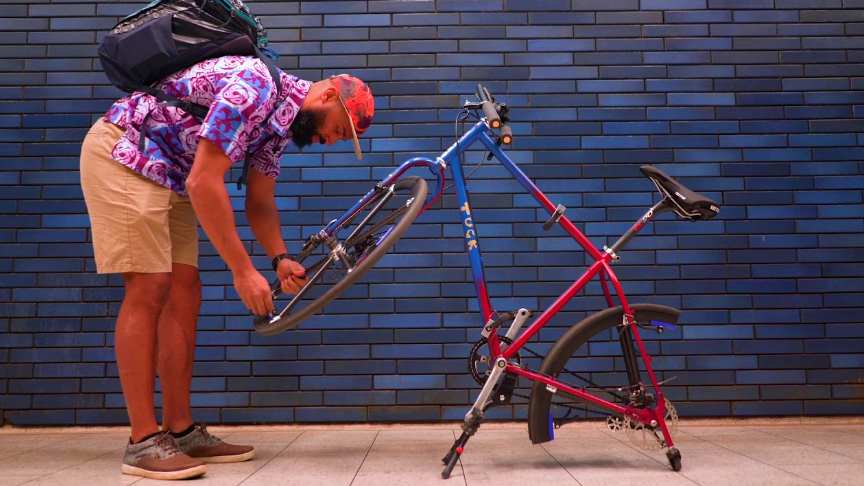 Other small wheeled bikes say they “feel just like a normal bike”, well Tuck is a normal bike. It just happens that the wheels fold. It’s ridiculous.Watch a demonstration of the Tuck Bike and the Folding Wheel being folded by inventor Alex Animashaun.

“We are creating a world first for bicycles. It’s going to knock your socks off and put sugar in your tea. It’s rad. It’s radical. It’s fun. We can’t wait to share it with you. Sign up so we can tell you more about our adventure.”

When it folds down the bike measures 61 x 83 x 37cm, which is about the size of a duffle bag.Tuck bike is not released yet but it seems we will see a Crowdfunding campaign coming soon.read more: tuckbike