Composite-FX is the manufacturer of the XE Series helicopters, commonly known as the Mosquito, a single seat helicopter – using piston or turbine engines. “The Mosquito is quick but not skittish, stable in a hover, even in the wind. This little heli flies great. Truly an example of mechanical ingenuity and superb construction.”The Mosquito XE Ultralight Helicopter airframe is a unibody construction made entirely of high quality fiberglass in a vinyl-ester matrix. 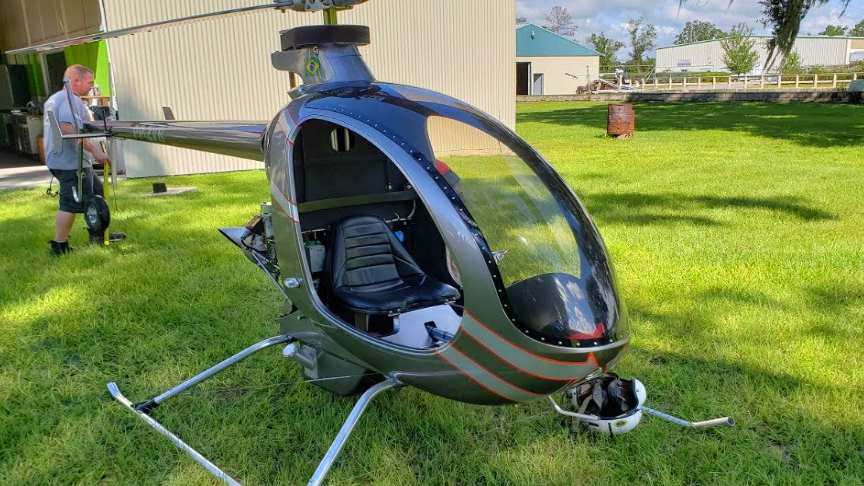 Body and structure are the same to minimize weight and maximize structural efficiency.The new Mosquito XET Turbine is a powered version of XE series which uses custom gearboxes to handle the 95HP Solar turbine with 16 x 5 x 7 dimensions.The Mosquito XET is made out of a unibody fiberglass construction which minimizes the weight of XET and maximizing structural efficiency, it can reach a speed up to 100mph with custom-built 95HP solar turbine.

Still at Composite FX. In this video we get a brief run-through on how to operate the Mosquito helicopter. We do a cockpit flow, run up and startup of the turbine engine. In the aircraft, You have your control stick, also known as the cyclic which is used to control the forward, backward and left to right movements of the aircraft.

Also you have your collective handle bar which is used to gain lift all descend. The collective bar is also attached to the throttle.In the panel, this helicopter is equipped with an MGL electronic flight information system. Here you can read and get all the data for your engine. You have a master switch on the lower right hand of the pilot.