A jet engine is a type of reaction engine discharging a fast-moving jet that generates thrust by jet propulsion. There are many different variations on the jet engine, but the one most commonly used in passenger planes is called a turbofan. 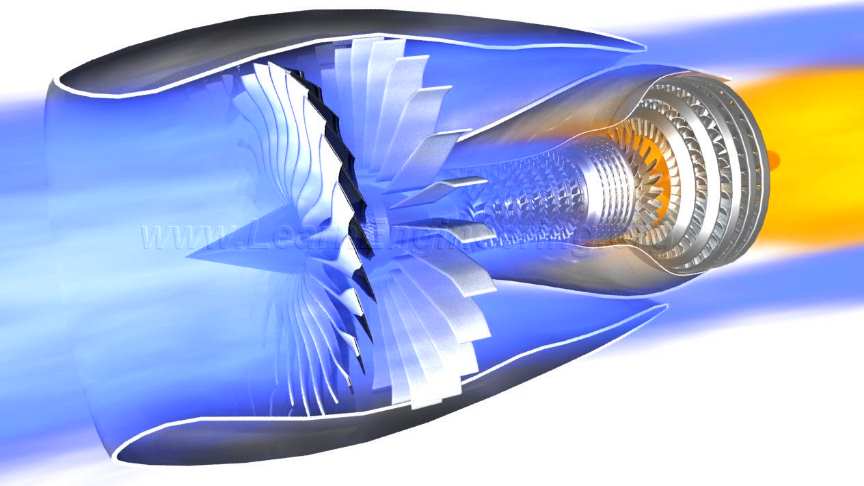 The working of a jet engine is explained in this video in a logical and illustrative manner with help of animation. This video takes the viewer through 1-spool engine, 2-spool engine, turbo jet engine and turbofan engine.

Airbreathing jet engines typically feature a rotating air compressor powered by a turbine, with the leftover power providing thrust through the propelling nozzle – this process is known as the Brayton thermodynamic cycle. Jet aircraft use such engines for long-distance travel.

Most modern subsonic jet aircraft use more complex high-bypass turbofan engines. They give higher speed and greater fuel efficiency than piston and propeller aeroengines over long distances. A few air-breathing engines made for high speed applications (ramjets and scramjets) use the ram effect of the vehicle’s speed instead of a mechanical compressor.