Two rc model jets with each two turbines in detail and demo flight!! The aircrafts are fully detailed with rivets, hatches, panel lines, screw heads. All parts are composite, painted in the molds and fully functional in all scale aspects. 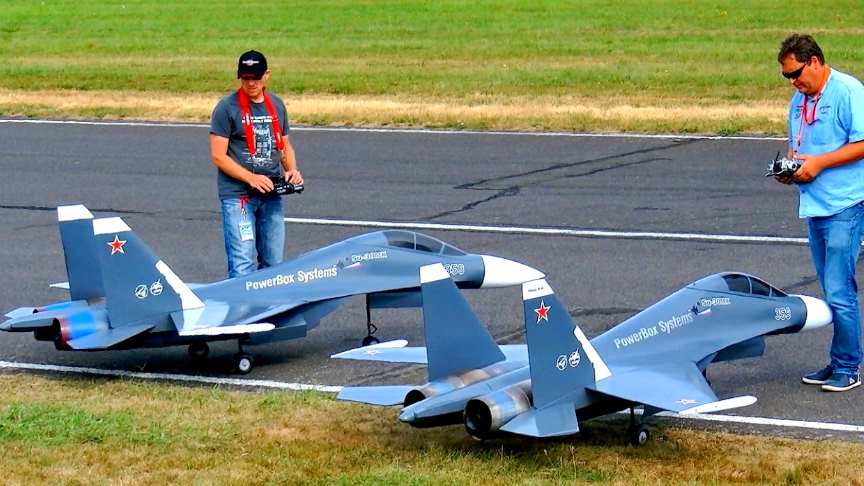 These two Sukhois SU-30 models are identical, they have a wingspan of 2.20m, a length of 3.5m, each one is powered by two JetCat P220-RXi Turbine engines with a take-off weight of 24.5Kg. The two pilots flying these beautiful airplanes are Enrico Thäter and Ralph Losemann on Jetpower Fair in Bad Neuenahr Ahrweiler Germany event.

From their large sizes functional air brake and highly-detailed retractable landing gear and the awesome turbine sound they delivers these Su-30’s are designed to impress.// RC MEDIA WORLD