This video is about the most particular vehicle of the 2019 Concorso d’Eleganza of Villa d’Este in Italy.It’s called Gyro-X and it’s a 2-wheeled prototype able to stay and drive perfectly balanced thanks to a gyroscope (55 cm in diameter) fitted in the front. 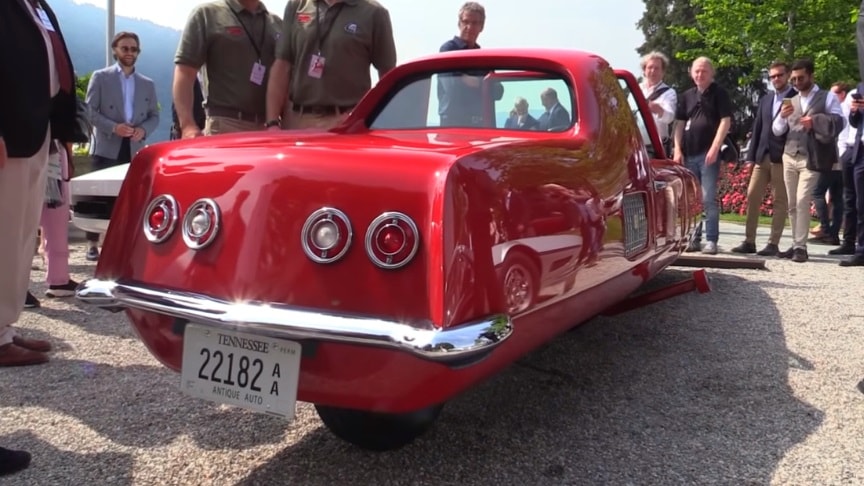 The project was born in 1967, designed by Alex Tremulis and gyroscope specialist Tom Summers, with a budget of $750,000 (about $6 million today) but it was soon abandoned due to Gyrocar Company’s bankrupt, ran out of funds to perfect the product.

After all these years, Gyro-X chassis had a complicated history, losing its gyroscope too, until it ended up in the hands of Lane Motor Museum in Nashville.

“Impossible to skid or flip!” Science Mechanics breathlessly declared on the cover in September 1967, “125mph on two wheels! Can bank at 40 degrees!”