The YF-23 was the main competitor to the legendary F-22 Raptor, or at the time YF-22,in a contest to create the future air dominance fighter for the 21st century, and counter Soviet Sukhois. Even though the YF-23 surpassed the YF-22 in some of the aspects and requirements set by the government, ultimately, it wasn’t the winner. 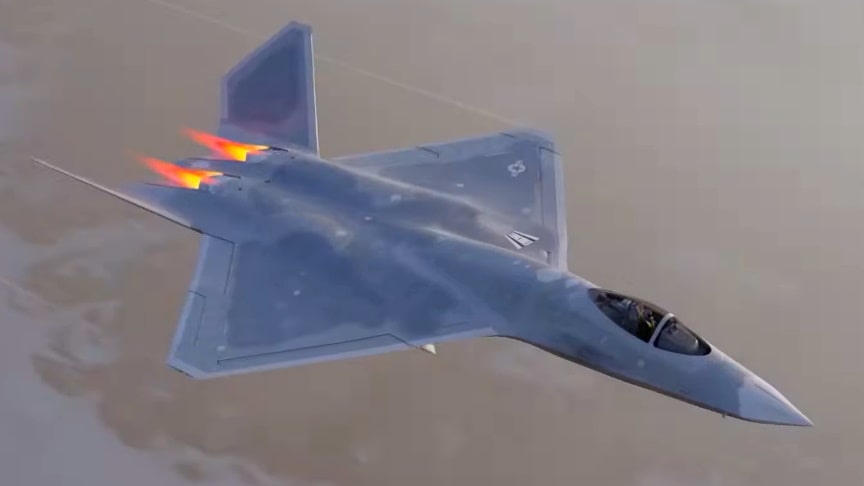 To answer why and look into more detail behind the jet we never got, strap yourself and hold on tight and meet the Black Widow II. YF-23 was to be faster than the YF-22, but lacked thrust vectoring control in the engine nozzles, while the exhaust itself was made with special materials to dissipate heat helping the aircraft maintain it’s stealth capabilities. Watch the video from Found And Explained:

Now that we’re at it, YF-23 was actually stealthier aircraft than the YF-22, which as we all know led to F-22 which is extremely stealthy and wasn’t surpassed in performance to this day. Another thing that helped the Black widow II, was the design of the intakes. You see, engines were positioned slightly higher than the air intakes on the front, so this would allow for the S shaped intakes and compressor blades were completely hidden.

In normal circumstances, radar waves can deflect in a way that would allow the operator to detect the aircraft more easily, and this choice again helped the low-radar signature performance. Internal bay was to be able to carry 6 air to air missiles with possible hardpoints on the wings, just like the F-22 has nowadays, however, YF-23 had only one weapons bay in the mid lower fuselage unlike the F-22 which has 2 more smaller ones carrying AIM-9X.//Found And Explained