Here we have a gorgeous model of the RC NATO Luftwaffe Tornado “Tiger” is incredible, complete with functional sweep wings.The rc Tornado airplane is built with light materials – honeycomb core,carbon fiber material on complete model with vacuum bags to be super light and super strong. 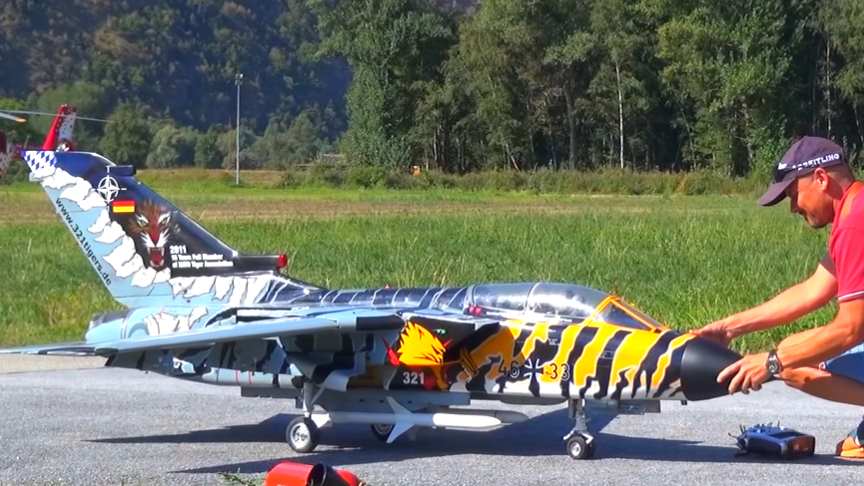 This model TORNADO ECR is a scale of 1:7.5 with a lenght of 2.85m and a wingspan of 2.30m. The wingspan of wings is 1.45m. The airplane is powered by a Behotec JB-180 turbine engine, the take off weight of the airplane is 20kg. Video by RCHeliJet:

The pilot of this aiprlane in this video is Pilot Julius Jezerniczky.The Panavia Tornado is a family of twin-engine, variable-sweep wing multirole combat aircraft, jointly developed and manufactured by Italy, the United Kingdom and West Germany.