Rebecca Weitzel and Jeff Waschkowski live in a buried home in Omaha, Nebraska and while winters temperatures can hit negative 30 degrees (record lows), inside the home is affected by the temperature of the earth, not the air, and rarely drops below 55°F (13°C). 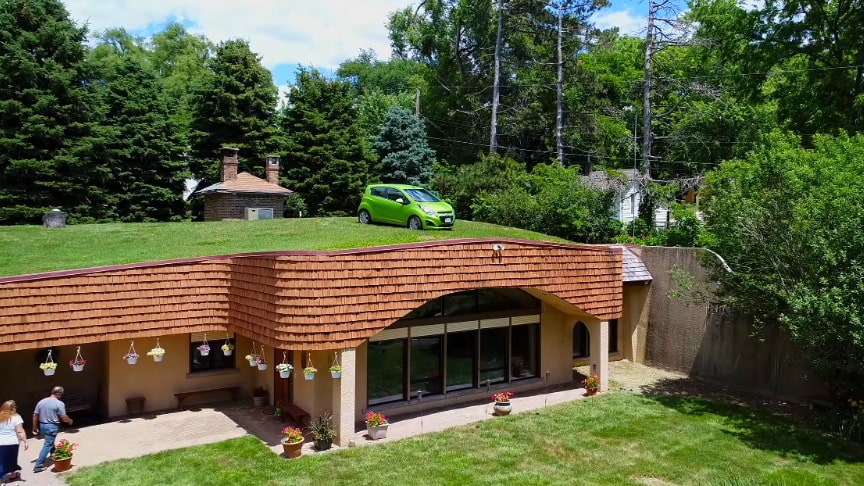 Built as a labor of love by Lloyd Texley, the former head of science for the Omaha Public School District, the underground home took him 10 years to build. He buried 3 rebar-enforced concrete domes under up to 15 feet of dirt. The home’s only opening is a glass wall facing south.

Waschkowski explains that because the indoor temperature reflects the heat of the surrounding earth, it mostly fluctuates between 64 and 74°F. The couple explain the home is also very quiet and soundproofed from the noise of their busy street.

With all the cement, the home was fairly expensive and Waschkowski argues that berm houses (earth-sheltered homes) are about half the cost with most of the same benefits./Kirsten Dirksen