A hovertrain is a type of high-speed train that replaces conventional steel wheels with hovercraft lift pads, and the conventional railway bed with a paved road-like surface, known as the track or guideway. The concept aims to eliminate rolling resistance and allow very high performance, while also simplifying the infrastructure needed to lay new lines. 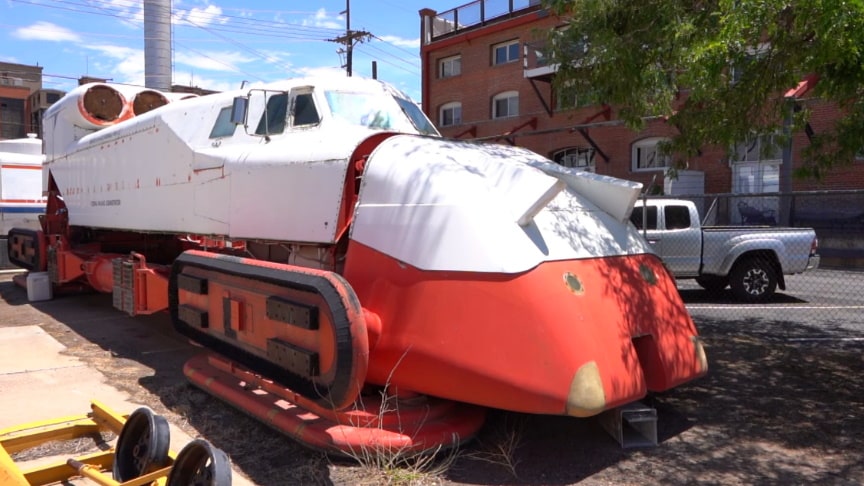 Hovertrains were seen as a relatively low-risk and low-cost way to develop high-speed inter-city train service, in an era when conventional rail seemed stuck to speeds around 140 mph (230 km/h) or less.In this episode we stumble upon some 70s era experimental hovertrains and were allowed to see these amazing prototypes, the Grumman TLRV, The Garrett and the Rohr.Watch the video from Exploring the Unbeaten Path:

By the late 1960s, major development efforts were underway in France, the UK and the USA. While they were being developed, British Rail was running an extensive study of the problems being seen at high speeds on conventional rails. This led to a series of new high-speed train designs in the 1970s, starting with their own APT.

Hovertrains were also developed for smaller systems, including personal rapid transit systems that were a hot topic in the late 1960s and early 1970s. In this role their ability to float over small imperfections and debris on the “rails” was a practical advantage, although it competed with the maglev concept that had the same advantages.//wikipedia