In the year 1972. Soviet design bureau Mil embarked on an ambitious journey. The goal – tiltrotor aircraft to replace the Mi-8 in the future.Experienced with their own work on Mi V-12 and inspired by Kamov designs, the idea was pretty straightforward, but as we know today with aviation projects – idea is often not enough. 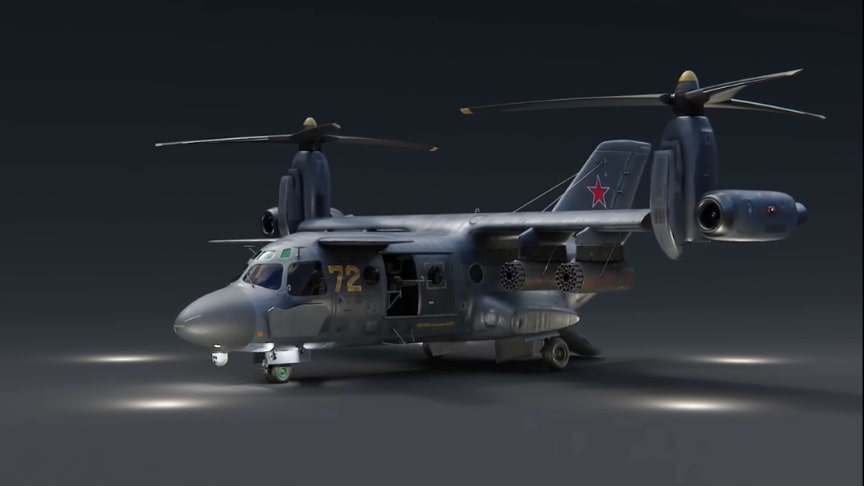 Let’s go see why the Soviet Osprey never took to the skies.Ever since WW2, this one concept has been very intriguing for the engineers on the both sides of the Iron curtain. That is – building a very fast helicopter, or a VTOL transport airplane. And you know it that the Nazis actually tried this first, but it’s a topic for another day. Watch the video from Found And Explained:

Anyway, the British built their famous Fairey Rotodyne and the Soviet Kamov bureau built Ka-22, but the Americans had a different concept.Unlike the – 2 pair of engines for vertical and horizontal movement – concept that the British and the Soviets explored, Bell created a tiltrotor aircraft called the XV-3 in 1955.

Mi-30s projected top speed was somewhere between 500 and 600km/h.To put this even more into perspective, V-22 Osprey’s top speed stands at 509 km/h, and Ka-22, the previous Soviet gyrodyne project, achieved the class record speed of 356km/h so now you can understand why this tiltrotor concept was so interesting.With the main idea behind the concept ready, Mil bureau got the TsAGI, the Central aero-hydro dynamic institute behind them and started working on the project.