The Vickers Swallow was a Mach 2.5 supersonic aircraft project headed by Barnes Wallis, working at the British aircraft company Vickers-Armstrongs. 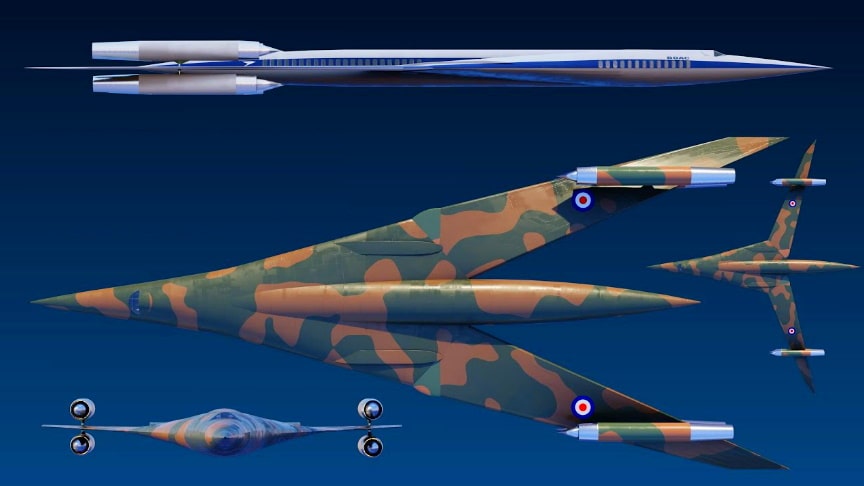 The Vickers Swallow lacked conventional features, such as a vertical stabiliser and rudder, instead using the movement of variable geometry wings and swiveling engines mounted on pylons far out on the wing tips as its primary means of flight control.

Multiple roles were envisioned for the full-scale Swallow. It was initially viewed as suitable for a very long distance airliner; projections of its range would have enabled a non-stop England-Australia route to be served. Later on, the Swallow was increasingly viewed as a potential supersonic successor to the subsonic Vickers Valiant, one of the RAF’s V bombers.

Several remotely piloted vehicles were built and flown for research purposes in addition to ground testing of static models. A conceptual full-scale aircraft was envisioned as a long distance airliner and, later on, as a potential supersonic successor to the Vickers Valiant, a subsonic V bomber then in service with the Royal Air Force. The project was cancelled in 1957 following the withdrawal of government backing.