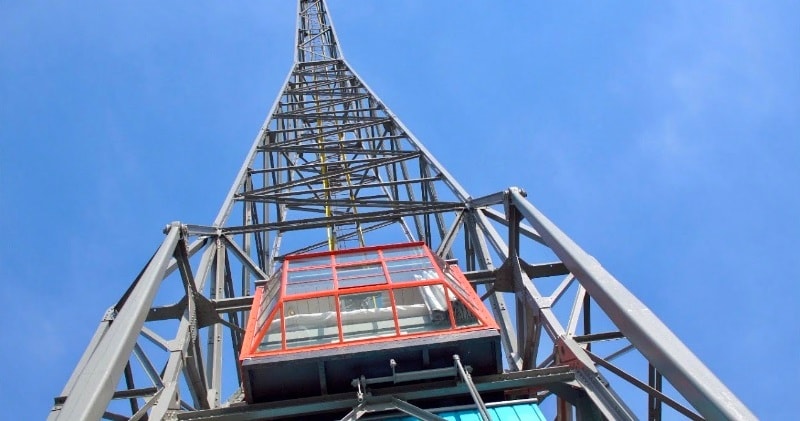 When containers took over the shipping industry in the 1970s, the cranes on KNSM Island (“Royal Dutch Steamboat Company” island) became obsolete and were demolished save one.

Over three decades later, a local resident rallied to save that remaining crane, eventually finding the developer/rental group Yays who partnered with the city of Amsterdam to create a second life for the industrial monument.via: Kirsten Dirksen

The crane, and the original operators’ huts, was broken down and shipped north where the interior was prefabbed – complete with a large bathtub that had to be dropped in while the roof was open- and sent back to the island as a fully-complete 40-square-meter elevated holiday home.