Japanese researchers developed an Android child face, named Affetto. It was developed by Osaka University to help with learning human cognitive development via robotics. For instance, it could help caregivers to refine their skills in caring infants. 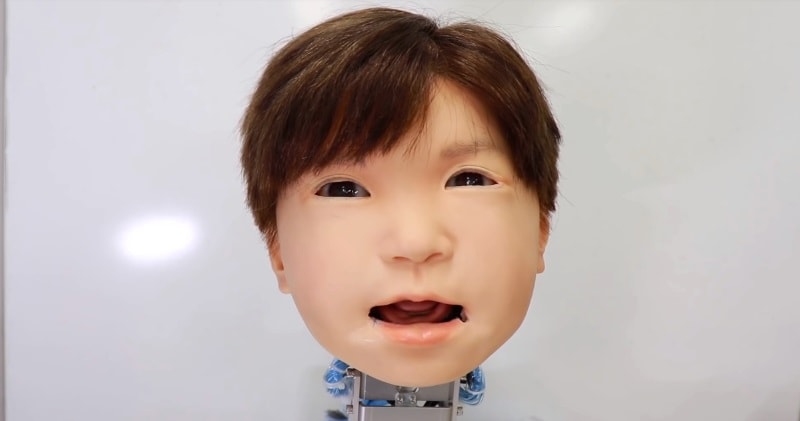 This is the first android head whose surface deformation is measured and analyzed in detail to introduce nuanced expressions.Affetto has flesh-coloured skin on its face, and can mimic a range of human expressions with incredible accuracy.

They measured these movements through a mathematical model to quantify the data on their surface motion patterns.“Android robot faces have persisted in being a black box problem: they have been implemented but have only been judged in vague and general terms,” study first author Hisashi Ishihara says. “Our precise findings will let us effectively control android facial movements to introduce more nuanced expressions, such as smiling and frowning.”