The Vector W8 is a sports car produced by American automobile manufacturer Vector Aeromotive Corporation from 1989 to 1993. The design of the W8 was inspired by the Alfa Romeo Carabo, which had a futuristic aerodynamic design. The W8 combined the design characteristics of the Carabo with technologies and geometry from fighter jets of the era. 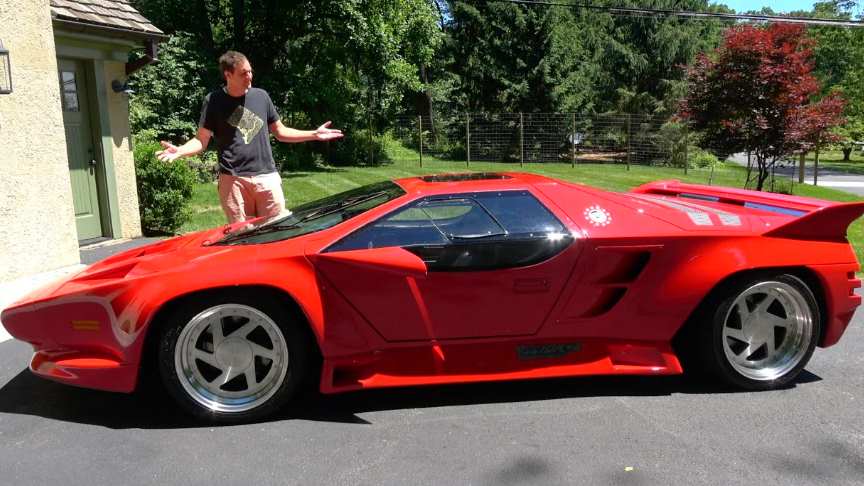 The Vector W8 is the craziest supercar in history. Today I’m reviewing the Vector W8 to show you why it’s so insane, and I’m going to show you all the quirks and features of the crazy Vector W8. Watch the video from Doug DeMuro.

The transmission was a highly modified Turbo-Hydramatic 425 General Motors three-speed automatic that had been used in front wheel drive Oldsmobile Toronado dating back some two decades earlier. The engine had two intercooled Garrett turbochargers, and had an advertised power output of 625 hp (466 kW) at 5,700 rpm and 649 lb⋅ft (880 N⋅m) of torque at 4,900 rpm on 8 psi of boost pressure. The engine recorded a maximum power output of 1,200 bhp (895 kW) at 14 psi of boost pressure. The W8 utilized special Michelin XGT Plus tires 255/45ZR-16 at the front, 315/40ZR-16 at the rear./wikipedia