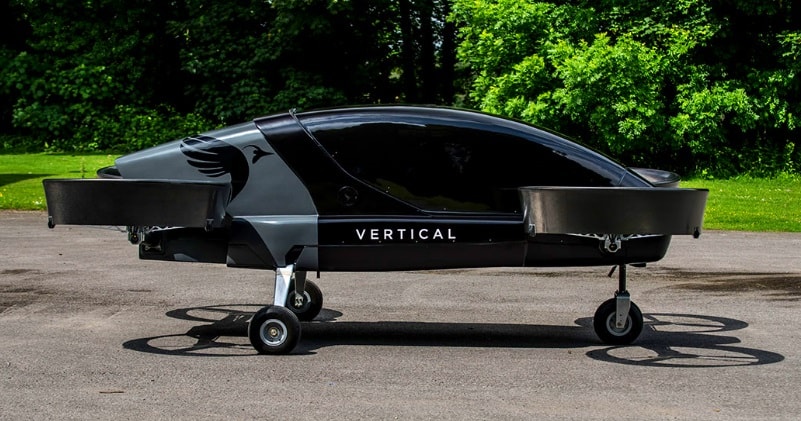 Its unmanned technology demonstrator aircraft flew across Cotswold Airport in Kemble, Gloucestershire in 2018 as part of the company’s flight test programme. 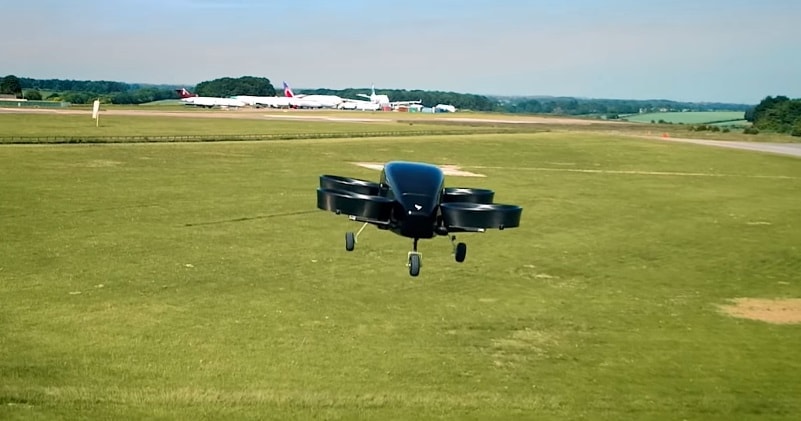 The 750kg unmanned technology demonstrator, which features four ducted fans, made its maiden sortie in June at Cotswold airport in Kemble,Gloucestershire – around 160km west of London. Some 12 flights have taken place to date.

The four 114 cm diameter ducted propellers of the POC used the off-the-shelf EMRAX 268 electric motor. The POC aircraft was primarily built to prove out Vertical’s concept of a passenger-carrying eVTOL and develop the team’s experience.

Nearly all of the components used on the POC were off the shelf — nothing was developed in house except the flight control logic. The EMRAX 268 motors and propellers were standard aerospace products the 360 kg battery was designed for high power density rather than energy density.