Luca Iaconi-Stewart can spend years making a paper plane. That might seem like a long time, but his paper planes aren’t made from a single sheet of paper, and they aren’t your average paper planes. 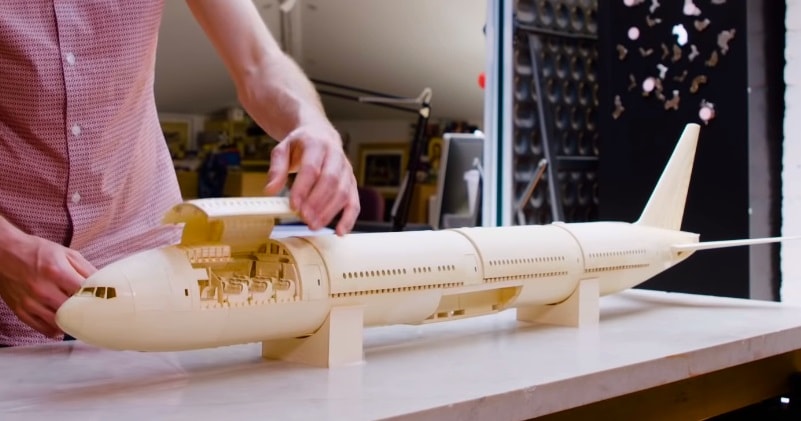 It’s a painstaking process—Luca builds everything from the hundreds of seats inside the plane to intricate moving parts, including landing gear.

Now boarding Luca’s paper 777.He claimed it took 10,000 hours to complete and that he devoted an entire summer just to completing construction of the passenger seats.