The Norton Manx or Manx Norton is a British racing motorcycle that was made from 1947 to 1962 by Norton Motors Ltd. The Norton Manx was developed to win the Isle of Man TT from single overhead cam international racers by Norton racing team engineer Joe Craig. 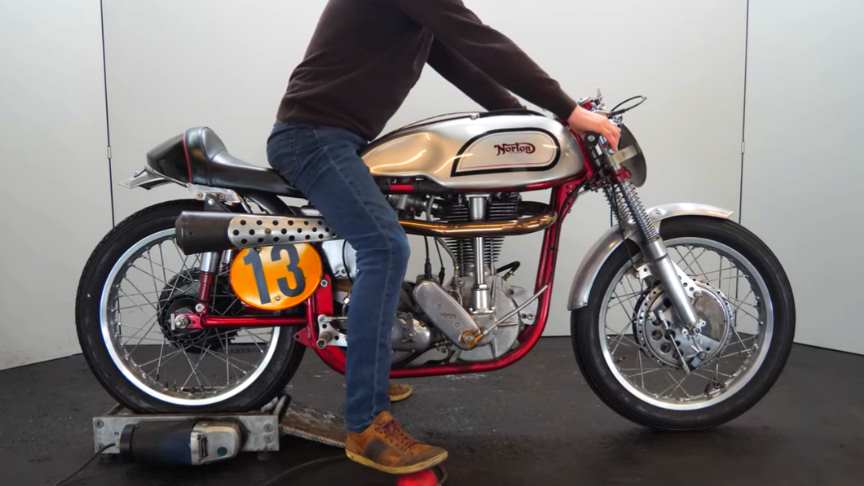 The double overhead cam configuration was developed in 1937 and after many problems perfected one year later. The all-welded, tubular featherbed frame was light and trim, without the usual forgings that added unnecessary weight.

The major 1954 upgrade to the Manx was to have been an engine with the cylinder mounted horizontally to give a much lower centre of gravity – along the lines of the Moto Guzzi and Benelli racers./wikipedia