The Puch 250 TF was a motorcycle produced by the Austrian Steyr Daimler Puch AG . The 250 TF series motorcycle, equipped with a two-stroke twin-piston engine, was produced a total of 59,601 times between 1948 and 1954. 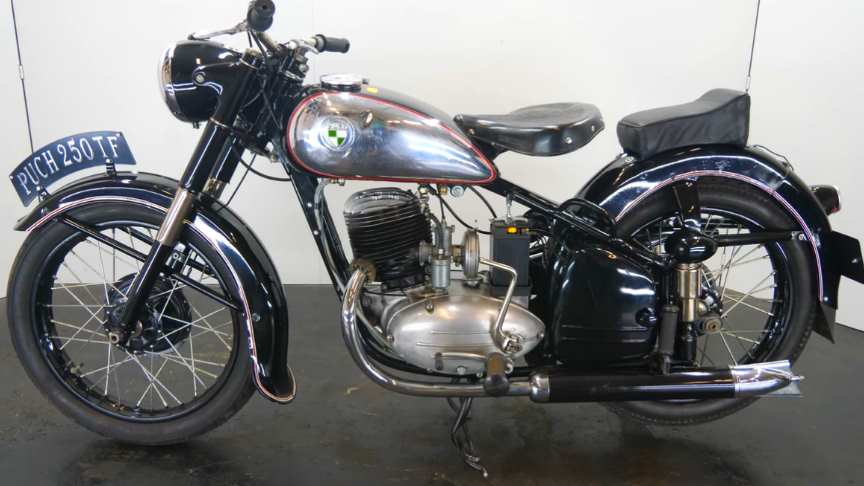 The 250 TF was the first machine in a long line which began in 1949. Its main characteristic, its twin cylinder engine with a common cylinder head, theoretically avoids the mixing of fresh gas and burnt gas. The intake is in the rear cylinder and the exhaust in the front cylinder.

The posterior bore includes the transfers and the anterior bore, the exhaust and intake ports. High thermal stresses, large moving masses and larger friction surfaces have caused this type of motor to be abandoned in favor of simpler systems, valves, rotary distributors, etc.