Check out the brand new Hennessey Venom F5! Join me for a first look at this incredible hypercar that targets a top speed in excess of 300mph.Powered by ‘Fury’, it has a 6.6l twin turbocharged V8 making 1,817hp and some extraordinary acceleration numbers. Let’s explore in detail and even hear it with some flamethrowing revs. 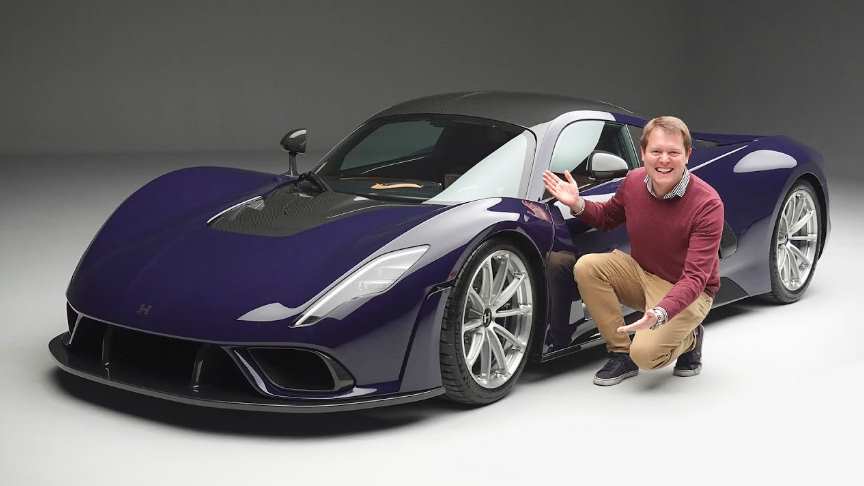 Only 24 units of the Venom F5 will be built in total, the follow-up to the Venom GT that previously set a top speed of 270mph. The F5 also celebrates Henenssey’s 30th anniversary in 2021 and with it launches a new brand identity and logo.

To keep things both strong and light, it has a carbon fibre monocoque as well as a full carbon body with streamlined aerodynamics but maintaining enough downforce for high speed and also track driving – furthered by the additional interchangeably rear wing as part of the Track package configuration.//Shmee150