The Toyota Chinook was designed by Toyota and production began in 1973 and ended in 1978. The owner bought the toyota in 1991,he set about completely restoring and converting the camper to a more modern spec and 4×4.This Chinook is a classy, vintage, go-anywhere, knock-around overlander. 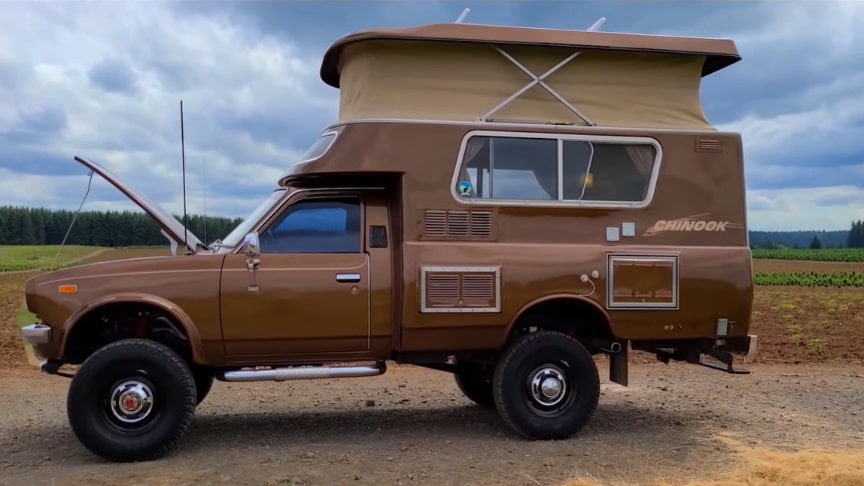 The body of the camper is fiberglass which includes a lot of features such as a pop-top roof and a fully equipped kitchenette, it also includes a fold-away table and a convection microwave, dual propane cooking elements a sink, and an L-shaped couch converts to a bed. Watch the video from OttoEx where he takes a full review of this amazing vintage camper:

The well-maintained camper benefited from some sizeable upgrades, starting with the four-wheel-drive system. The frame, front axle, suspension system, and engine have been sourced from a third-generation 1980 Toyota 4×4 Pickup.

The engine is still a 2.2-liter R20 inline-four just like the original and it’s paired to a G52 five-speed manual transmission and a dual-range transfer case.The builder added a brush guard and fog lights to the front.