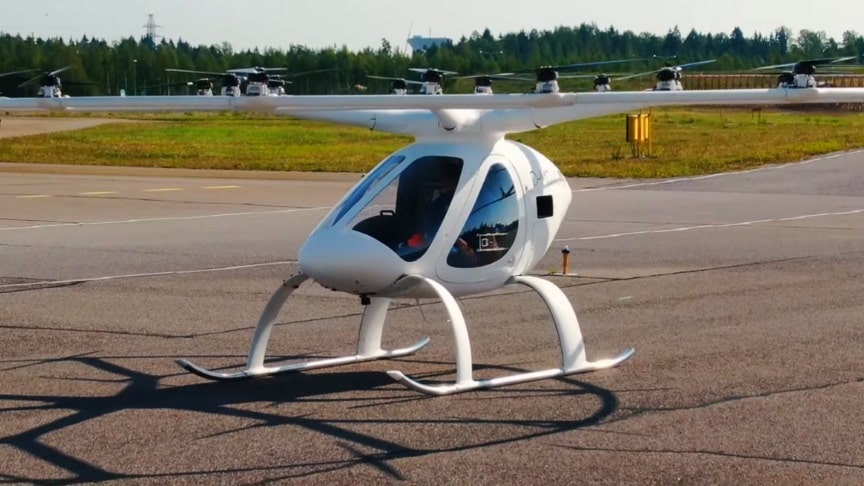 The Volocopter 2X flew integrated into the #UTM and #ATM at Helsinki Airport. As the final of seven #GOF_USPACE demos within the Sesar Joint Undertaking, this was a big step towards safe and efficient integration of drones and airtaxis into airspace.read more: Volocopter

The aircraft was designed to comply with the European Class 6 microlight helicopter rules and be employed in air taxi service in urban areas. It features 18 fixed-pitch propellers, each powered by its own electric motor.

The vehicle weighs 290 kg and can carry a two passenger payload of 160 kg. It has demonstrated an endurance 0f 27 minutes of flight for a range of 27 km. It has a cruise speed of 100 k/hr.It Accommodation is two-seats-in side-by-side configuration in an enclosed cockpit with a windshield. It uses skid landing gear.