VW has transformed a Volkswagen Beetle Convertible into a fully functional vehicle and shark cage that marine biologist Luke Tipple is driving underwater amongst the sharks and marine life.This impressive vehicle features two rear propellers that allow the car to drive on the seafloor or propel it through the water column. 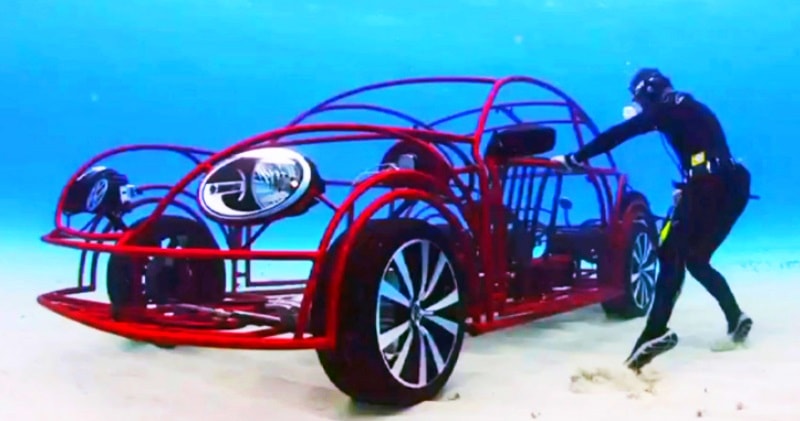 Allowing the driver to avoid damaging areas of seabed that are anything other than sand. Integrated air cylinders provide the air divers need to sustain a sunny afternoon drive in the marine world, and the tubular aluminum frame completely surrounds the diver, making it an effective shark cage as well.

The finishing touches include Volkswagen’s iconic headlights and front emblem, as well as alloy wheels that make the underwater Beetle really pop.

The shark cage vehicle was built over a period of 3 weeks with the help of marine biologist Luke Tipple and a team of Volkswagen engineers.