The WaveTrans is something that you have never seen before.It’s a new kind of Bicycle Transmission which uses a revolutionary logic.You can change gears with a press of a button. It has six speeds. 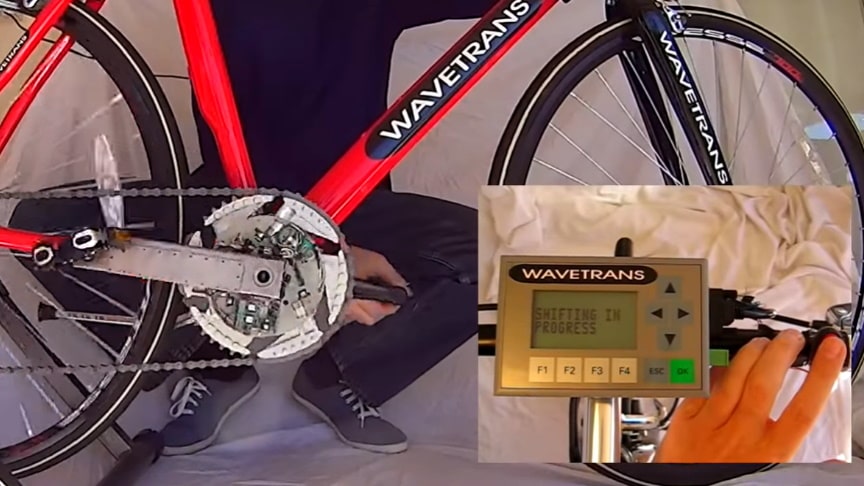 It’s controlled by a microprocessor and a PLC which makes gear shifting really smooth and easy.The WaveTrans has many advatages compared to old gear shifter systems (Derailleur for example):It can be shifted uphill under heavy load. The pedals are always engaged. No crunchy noises, the whole operation is quiet.Smooth operation.The chain never comes off .

Because the shifter is electronic it always lets you know what gear it is in.No more looking back to the cassette to see what is going on.(Derailleur many times double shifts causing riders to have to reshift to get to the gear they need to be in.)The whole process is driven by two (up/down) electric switches on the handle bar.No need to push the shifter hard anymore. Just push the button.

The prototype presented here is a proof of concept.In order to be mass produced it needs to be further developed, therefore the final productmay look slightly different.via/read more:wavetransmission