Martín Marro wanted to “rescue the memory” of his childhood home: a converted 1940s gas station in Luque, Argentina. So he unearthed a diesel tank, similar to that buried under his home, and with the help of his brothers converted it into a micro living space. 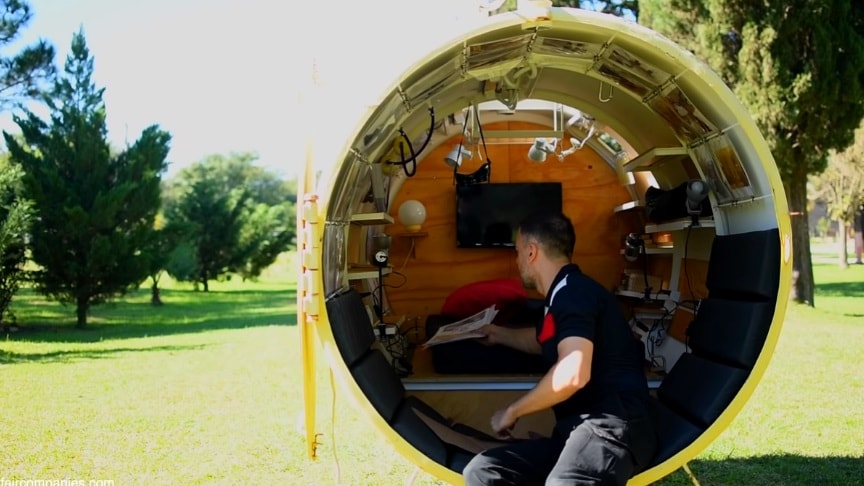 From the outside, the yellow tank seems unchanged, but inside, there’s a surprisingly large-feeling space complete with a lounge chair, bed, television, lighting and storage space. Given that oil tanks are meant to be moved, “Bunker” cabin can be easily transported and it has been.

After completion, it remained 3 months outside Marro’s converted home that inspired the project. A year later, it was installed in downtown Córdoba, Argentina (population 1.5 million) and it finally landed back in Luque, on the esplanade across from his home.

Project Bunker is Marro’s attempt to reconstruct the memory of his family home, what was once a typical modernist filling station from the 1940s. Filling out the project are 3D renders of his home and the tank underground and drawings of possible future incarnations of both. All this is Marro’s attempt to capture time and create an archeology of the future.