A string trimmer, also called a “weed eater” is a gasoline, electric, or battery powered garden tool for cutting grass, small weeds, and groundcover. It uses a whirling monofilament line instead of a blade, which protrudes from a rotating spindle at the end of a long shaft topped by a motor. 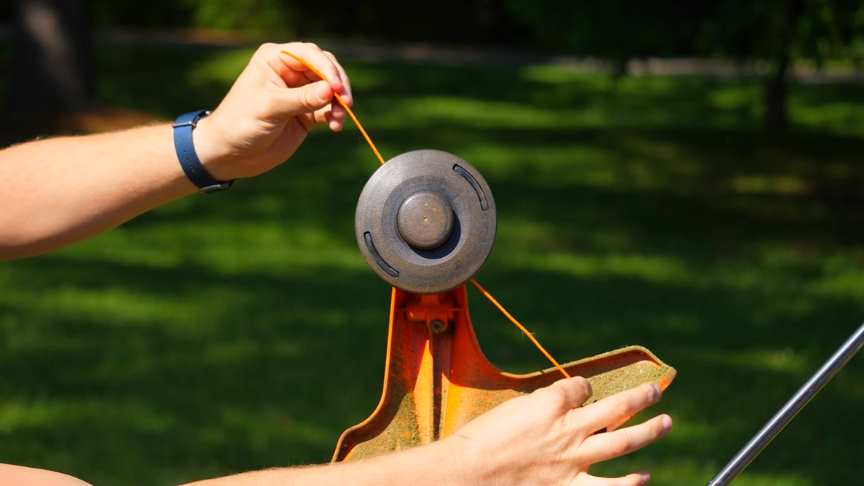 String trimmers are commonly used for cutting low foliage near obstacles or on steep or irregular terrain.In this video YouTube channel SmarterEveryDa films a weed eater shredding plants at 62,000 frames per second.

Obviously we know how weed eaters work on a macro level. The plastic spins incredibly fast and cuts the weeds to pieces.A string trimmer works on the principle that a line spun fast enough on its center stiffens by centrifugal force; the faster the hub turns, the more rigid the line.

The line is hand-wound onto a reel before the job is started, leaving both ends extending from the reel housing. The motor turns the reel and the line extends horizontally while the operator swings the trimmer about where the plants are to be trimmed. The operator controls the height at which cutting takes place and can trim down to ground level quite easily./wikipedia