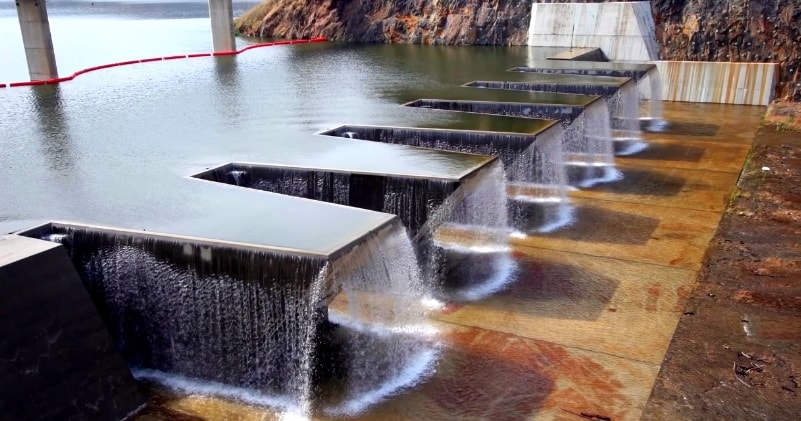 Over time, the term weir has taken on a more general definition in engineering to apply to any hydraulic control structure that allows water to flow over its top, often called its crest. In fact, the spillways of many large dams use weirs as control structures. So how do they work?Watch the video from Practical Enginering for more info:

Weirs are commonly used to prevent flooding, measure water discharge, and help render rivers more navigable by boat. In some locations, the terms dam and weir are synonymous, but normally there is a clear distinction made between the structures. A dam is usually specifically designed to impound water behind a wall, whilst a weir is designed to alter the river flow characteristics.

A common distinction between dams and weirs is that water flows over the top (crest) of a weir or underneath it for at least some of its length. Accordingly, the crest of an overflow spillway on a large dam may therefore be referred to as a weir.Weirs can vary in size both horizontally and vertically, with the smallest being only a few inches in height whilst the largest may be hundreds of metres long and many metres tall./wikipedia