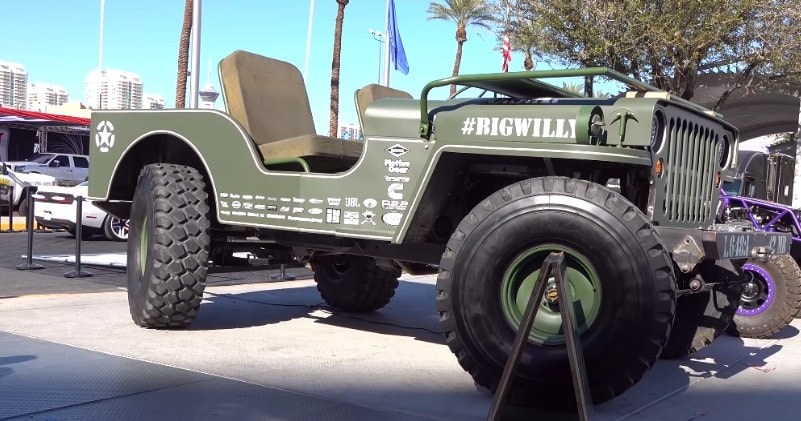 It’s not just a bigger version of the original 1942 Jeep.Big Willy is a party machine and a real deal off road 4X4 trail machine.It’s powered by the Cummins R2.8./ScottieDTV

Big Willy has rear articulating steering…Custom built DANA 60 axles,52 inch tires.The body and the chassis is all custom fabricated.It takes blocks on the pedals to drive.It’s BIG and it’s cool….It’s Big Willy a 1942 Willys MB Jeep from The SEMA Show 2018.

“Big Willy was originaly an idea for a mutant vehicle concept for burning man.Which evolvet into a fully functional 4×4 that will hit all the epic trails like the infamous rubicon trail next year.”/ScottieDTV