Västerbottensost is a creature of habit—make that a *cheese* of habit. It’s been crafted for over a hundred years in the same factory in the same Swedish village, using milk from the same area. 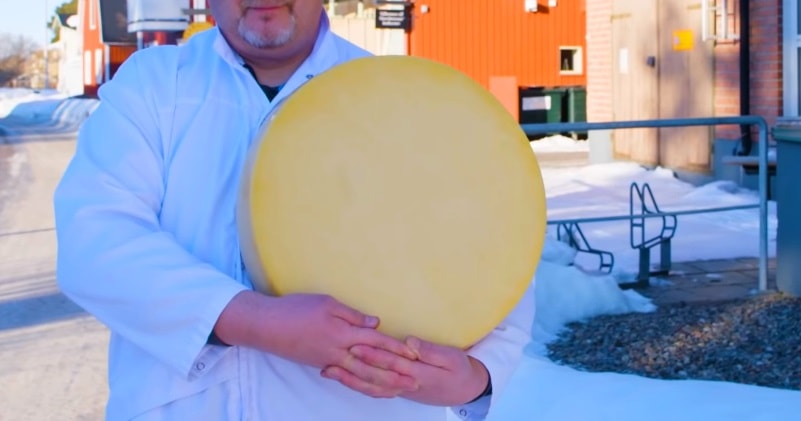 Any attempt to recreate it elsewhere has flopped. Its creators themselves confused, Västerbottensost holds a lingering mystery: what the heck makes it taste so good?

Its been suggested that the cheese’s unique flavour could be due to the local spruce shelves that it’s left to mature on, the particular microflora in the dairy building, or even long summer days affecting the mood of the cows.Västerbotten cheese must be aged for at least 12 months, but 14 months is more common.

Some say it’s because of a meteor that hit the town 20,000 years ago, others blame some very special bacteria but why not do some sleuthing of your own?It is light yellow in colour and has a fat content of 31%. Many Swedish people consider it the king of cheese and demand for it has often outstripped the limited supply.