The Assassin’s Teapot belongs to a family of similar trick vessels (Think A Drink, Any Drink Called For, Inexhaustible Bottle, The Magic Kettle). They all rely on surface tension and atmospheric pressure to work.The assassin’s teapot was made to poison your enemies. It does this using two hidden chambers. 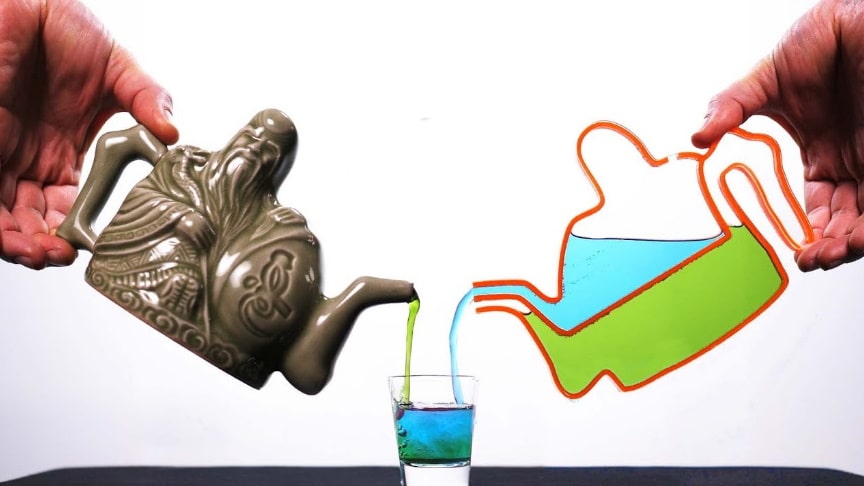 One housing your standard drinkable drink and another holding your enemies’ just dessertsThe trick is simple. Two separate cavities exist within the teapot, exiting via their own paths in the same spout. Each cavity also has an air hole in the top. If the hole for a given cavity is blocked by the pourer’s thumb, the liquid will not flow.

The concept is demonstrated by Steve Mould, showing us the workings of the teapot quite easily.Using this wonderful teapot, you may either impress your visitors with your service,known as the “Assassin’s Teapot,” this Chinese innovation pours both tea and milk with complete smoothness./Steve Mould