The YouTube channel “What’s Inside?” takes a tour on this wonderful wooden water tower house located in Seal Beach, California You can actually see them becoming mesmerized with the views and the furnishing. The decor has binoculars featured everywhere, and the house also has a surprisingly beautiful spiral staircase. 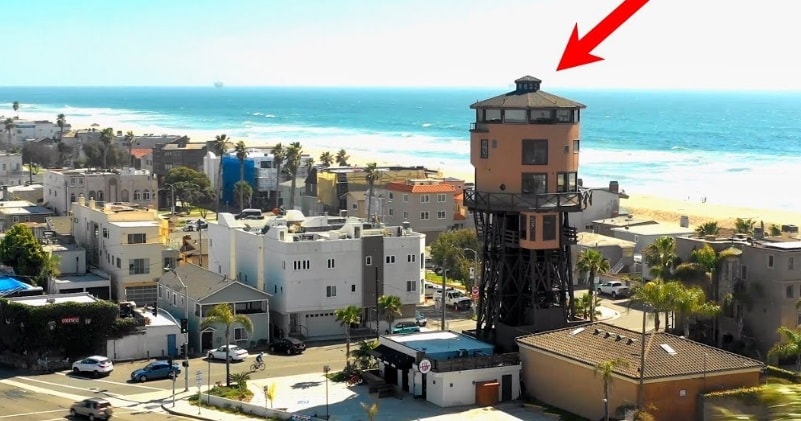 Originally built in the 1800s to service steam engines along the California coast, the tank was replaced in the 1940s. It held more than 75,000 gallons of water for a few more decades. Then, after a “save our tower” movement, it was redesigned.

Set above the 87-foot-high tower, the water tank replica is a 2,800-square-foot, three-bedroom house with 360-degree views, from the Pacific Ocean to the mountains.The water tower house also features a splendid kitchen with a metal table and breathtaking views.

That’s not all though; it also has a pirate room that has been designed for kids. The water tower house is exceptionally amazing and even has bathrooms that are no less than a sight to see.The best part of the water tower house remains the outdoor patio from where you are able to enjoy a 360-degree view of everything. The building sure has been wonderfully engineered!