The Audi RSQ is a mid-engined concept car developed by Audi AG for use as a product placement in the 2004 sci-fi film I, Robot. It is meant to depict a technologically advanced automobile in the Chicago cityscape from the year 2035. 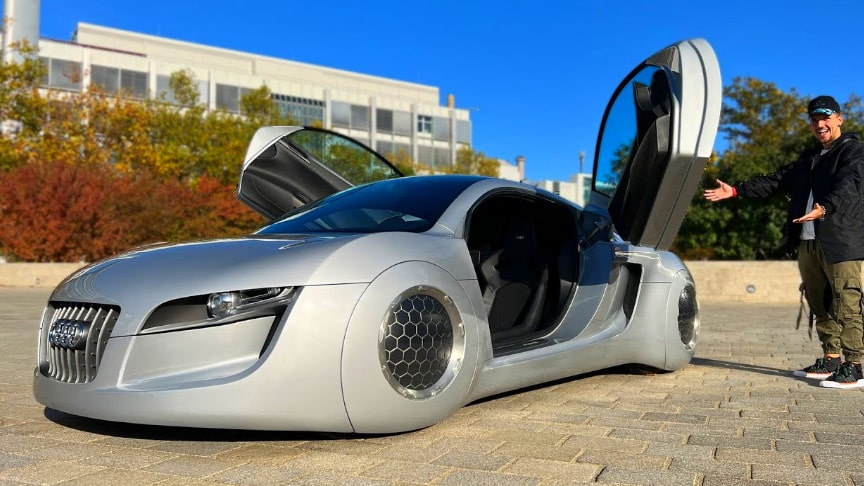 The concept car was loosely based on the Audi TT.It was designed to look smooth, streamlined, and as a floating boat literally. The body was made of laminated glass fiber which was painted in lunar silver. The interior of the RSQ was reduced to the essential elements of driving.

Will Smith sits in the car as if in a jet aircraft’s cockpit. The center console surrounds the pilot’s body in the bucket seat.The car uses spheres instead of conventional wheels. Its two reverse butterfly doors are hinged to the C-posts of the body.Its two doors are rear-hinged to the C-posts of the body and open according to the butterfly principle.