Built by Woodworking Art Youtube channel, this Ford Raptor model starts out from nothing but a picture of the truck, several pieces of wood, and lots of skill and patience. 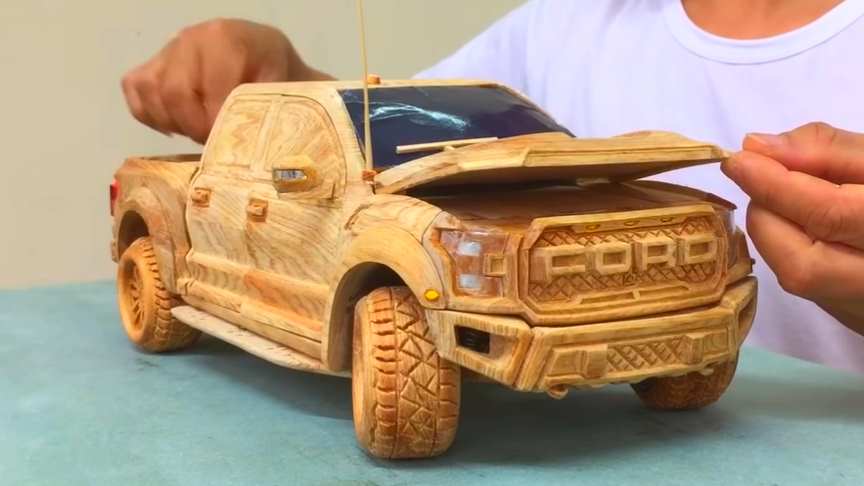 Then the entire build is sped up to fit into this 10 minutes video.The sculpted 2020 Ford Raptor has functional doors that open and close. The tailgate also opens and closes, and hides one of our favorite secrets.

It has a cool subframe that hides legit control arms and little springs, enabling it to turn and have a working suspension.The model was built almost entirely of wood and the only metal elements included were screws to hold the different parts of the vehicle and small chains on the tailgate.

To build this Ford F150 RAPTOR scale replica it took many hours of work and many manuals and tools to shape the model. The Ford F-150 Raptor is one of the most popular cars that diyers and craftsmans decided to use it as a model for his ingenious creation. 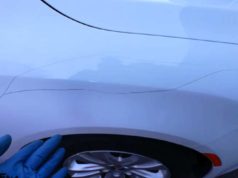 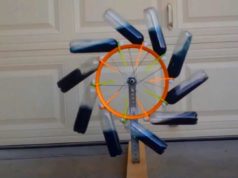 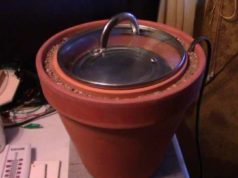 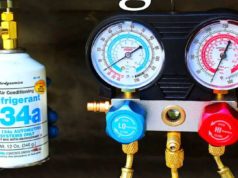 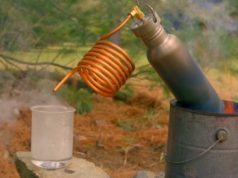 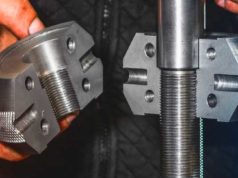