The Modulo is based on a Ferrari 512S, itself a relative rarity with only 25 produced. Pininfarina designer Paolo Martin came up with a strikingly different, futuristic body that would eventually be revealed at the 1970 Geneva Motor Show. 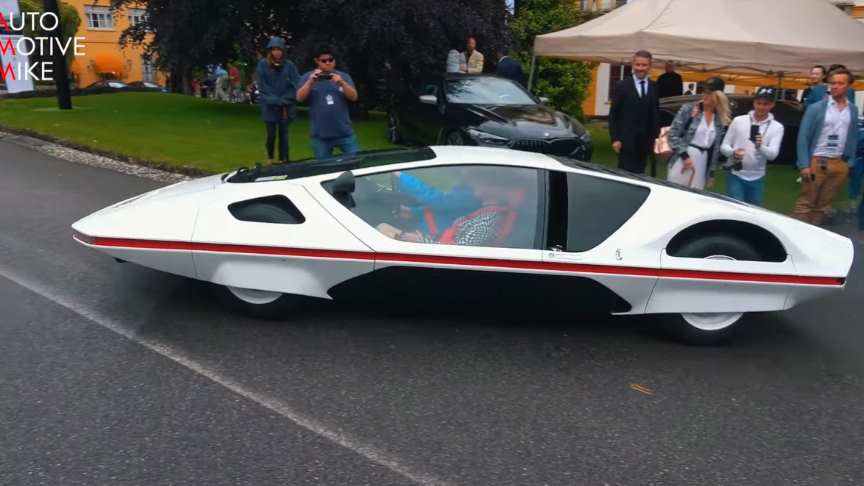 During the Concorso d’Eleganza Villa d’Este 2019 I have filmed the 1970 Ferrari F12 S Modulo, designed by Pininfarina, owned and driven by James Glickenhaus.

The drivetrain, however – a 5.0-liter V12 paired with a 5-speed manual transmission, which was to develop around 550 horsepower and give the car a heady 220 mph top speed – was incomplete, as Ferrari had stripped it for parts prior to the design studio taking the chassis.

The engine block was present, and visible through a cover punctuated with circular holes. However it had no internal parts, and the car had to be wheeled into place whenever it was shown.via/read more: Automotive Mike