On an abandoned vineyard in Spanish Catalonia’s Priorat region, a tiny cabin was built in 32 hours with a blockhouse system- without screw or nails- to serve as a dismountable shelter for artists, artisans and anyone wanting to find inspiration from this “forgotten place”. 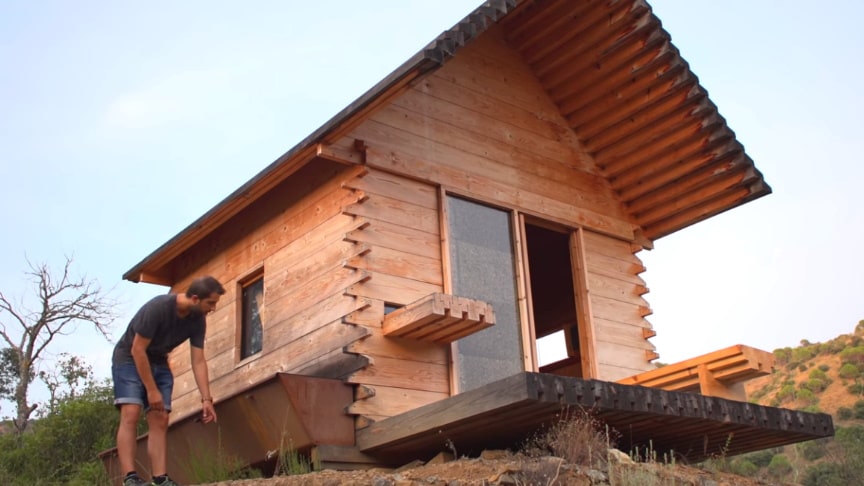 The 6.5m3 hut is a part of “Camp Commons”, an itinerant camp that will move between forgotten territories every 5 to 6 years.Aixopluc Catalan for “shelter”, the group behind the project, aims to create a “shelter for ideas” in this new wilderness.

“A musician can tell his proposal through a song; a biologist can explain a strategy to strengthen some part of the ecosystem; a writer, a tale; an architect, a shelter made with the resources at hand; an enologist, a new way of making wine.

Noticing a “renaturalization” process beginning in many occidental countries (after the past centuries overdevelopment), rather than leaving these new wild places alone, the group hopes to become positive agents for change in these newly communal spaces./Kirsten Dirksen