A Tesla valve, called a valvular conduit by its inventor, is a fixed-geometry passive check valve. It allows a fluid to flow preferentially in one direction, without moving parts. In this video I demonstrate the workings of a Tesla Valve using the combustion of propane as a visible medium. 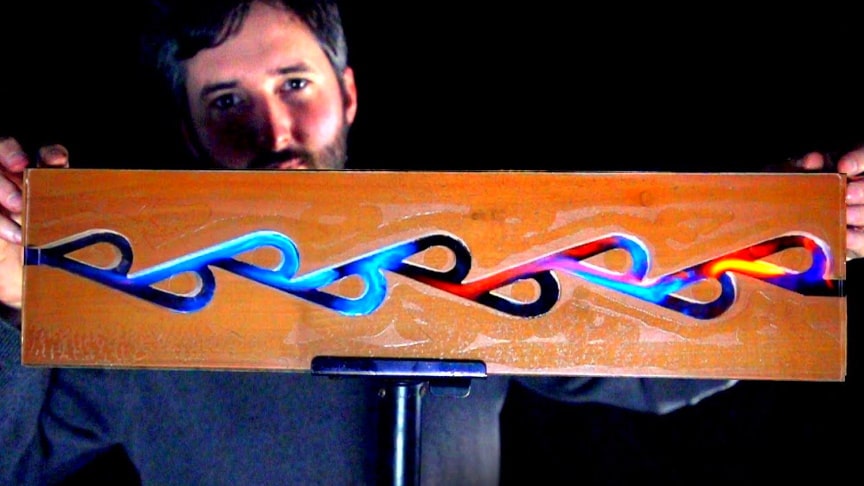 In this fascinating video, maker Ben of NightHawkInLight, uses fire to show the directional resistance that a Telsa valve creates.The swirling blue and green flame front in those experiments make burning propane the perfect working fluid to demonstrate how the Tesla valve works.

The video experiment tells the tale with high-speed footage showing the turbulence that restricts the reverse flow. The surprise discovery is that in the forward direction, the burning gas actually seems to accelerate as it moves down the valve.

One computational fluid dynamics simulation of Tesla valves with two and four segments showed that the flow resistance in the blocking (or reverse) direction was about 15 and 40 times greater, respectively, than the unimpeded (or forward) direction.//NightHawkInLight