Before this thing becomes a shelf queen, I wanted to give a last chance on the 3 speed transmission to work. Originally this chassis came with a screaming 38,000rpm 2 stroke engine which was capable enough to make the centrifugal clutch of 2nd and 3rd gear to engage. The second gear would engage at 5,000rpm and 3rd at 7,000rpm+. 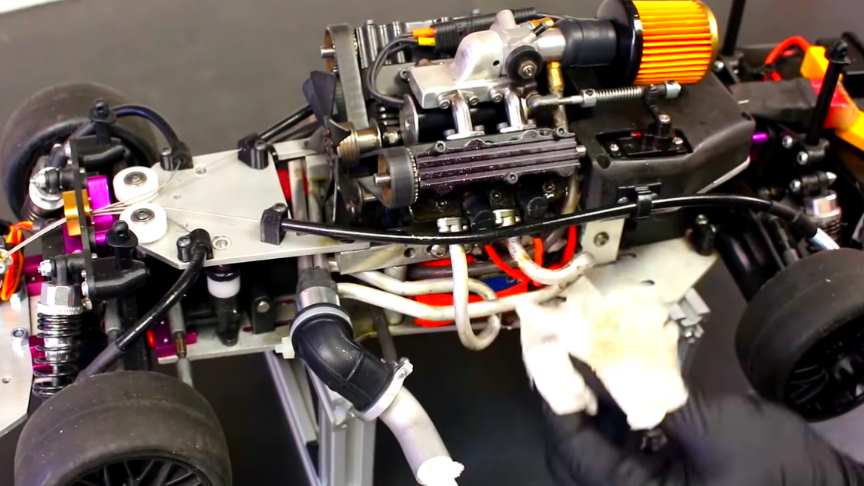 The v4 engine though can’t do that, as it can rev maximum to 10,000rpm and with the gear reduction it’s even lower. That means that it’s impossible to activate the clutch at those rpm.

Since it’s not an adjustable clutch to precisely adjust the shifting point of each gear, the only thing I could do, was to soften the springs of 2nd and 3rd gear of the clutch to engage them at lower rpm. Unfortunately that didn’t happen, and I could’t soften them anymore, because the clutch shoes could fall out and lose them.

I really didn’t want to postpone this video any longer as it was supposed to take no more than 1-2 days. I kind of feel shame for posting it, but at least I hope some people will appreciate it.via/read more: JohnnyQ90