This is my 1970 Subaru 360 Van. Some call it a Subaru Bus. Later years were called Sambar. This is a Japanese “Kei” class vehicle. These were imported into the USA by Malcom Bricklin in the late 1960’s. It’s about a foot longer than a Smart ForTwo (just under 10 ft). 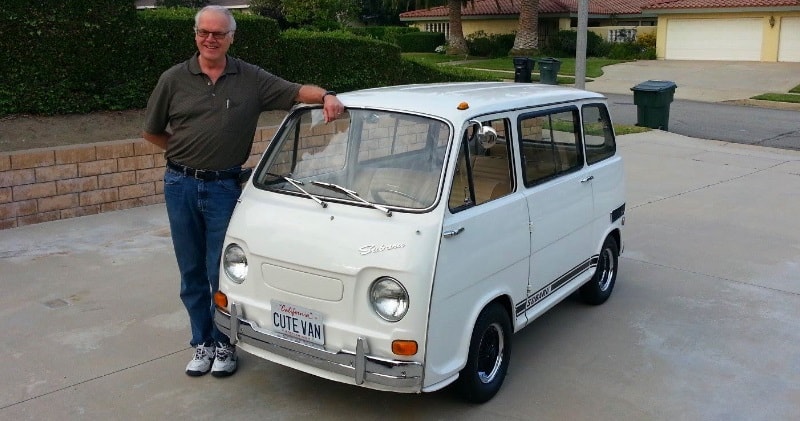 It weighs 1100 lbs. These were designed as work vans and trucks in Japan and have a surprising payload capacity of 800 lbs. Power comes from a 2-stroke, 2-cylinder 360cc engine.

Oil and gas go in separate tanks and mix automatically. Top speed on level ground is about 60 mph. In this video I brave the freeway (uphill even!) and merge going about 40 mph.

I only get to about 55 mph on this trip do to the gradient. Title of “world’s cutest van” has been confirmed by my girlfriend and is current. Please excuse my messy garage!

I wanted to capture the engine starting and my exit routine. If you’re wondering where to get a GoPro mount like in this video message me and I’ll tell you how to build your own. Background music is Dust Brothers, Mixmaster Mike and the last one is a song I made with a Roland MC-505 and Boss SP-202.