This is the world’s first electric G-Wagen, the Mercedes Benz concept EQG. Mercedes were kind enough to bring the only EQG ever made to Dubai to let us have a closer look at what they’re presenting as the future of the G-Wagen. 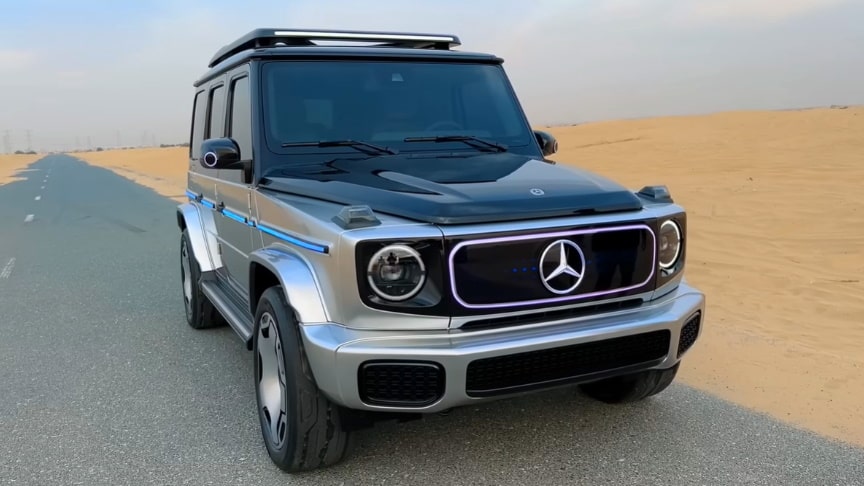 Today Sergi and Tuesday give us a closer look at the Mercedes EQG and show us why it’s one of the coolest electric cars that’s due to go into production soon! Watch the video from Supercar Blondie:

The interior of the electric G Wagon looks fairly similar to the gas fueled models. There is the signature digital instrument cluster and large central display, and plenty of conveniences like cup holders and charging ports.

The Mercedes EQG has four individual motors, a setup that mimics the functionality of the Mercedes G-Class’ three 100‑percent differential locksMercedes-Benz G is likely to ensure that the EQG can do over 300 miles (483 km) on a single charge.