Scientists in China have achieved a world first by cloning two monkeys. They came into this world using the same process used to clone Dolly the sheep more than 20 years ago.They are the first primates to be created using the technique – bringing the prospect of cloned human beings ever closer. 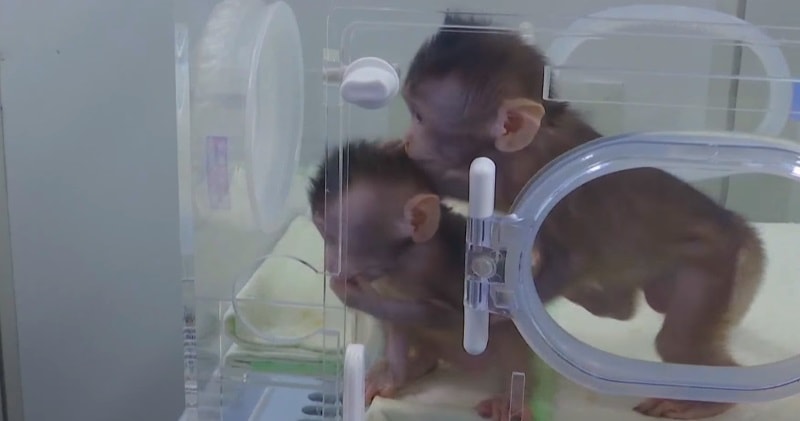 Zhong Zhong was born eight weeks ago and Hua Hua six weeks ago. They are named after the Mandarin term for the Chinese nation and people.The researchers say the monkeys are being bottle fed and are currently growing normally. They expect more macaque clones to be born over the coming months..

The team then tested out the technique using cells taken from fetal and adult macaques. While the cloning attempts using the cells from adult macaques managed to produce two animals that were live, neither of them were able to survive for very long following their birth.

One of the primates bodies did not develop properly, and this saw the researchers turned to using the cells from fetal macaques. In total, the researchers implanted 79 of the embryos into 21 surrogates. Six of the surrogates fell pregnant, but out of these only two, Hua Hua and Zhong Zhong were successful live births. While this does not sound very impressive, it is remarkable progress in the cloning of primates./disclose